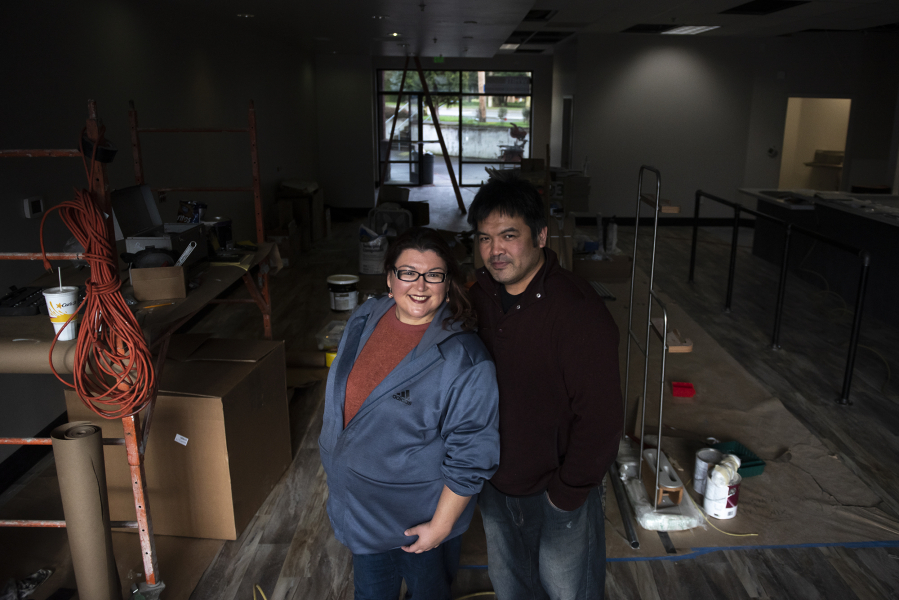 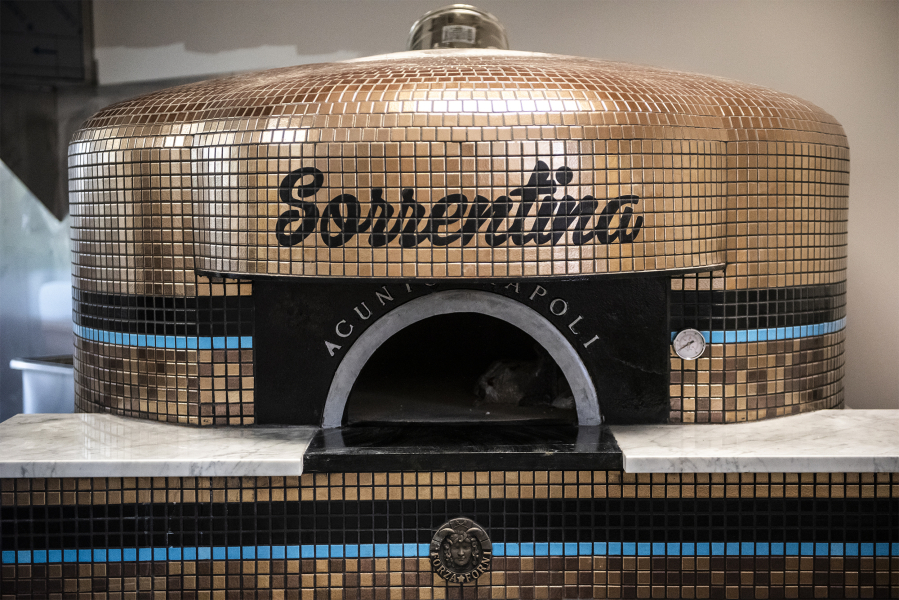 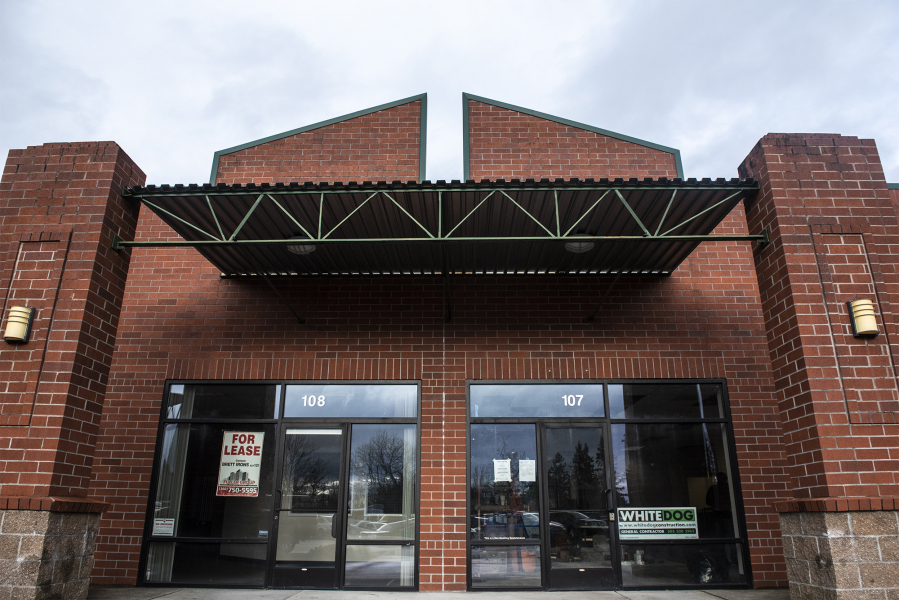 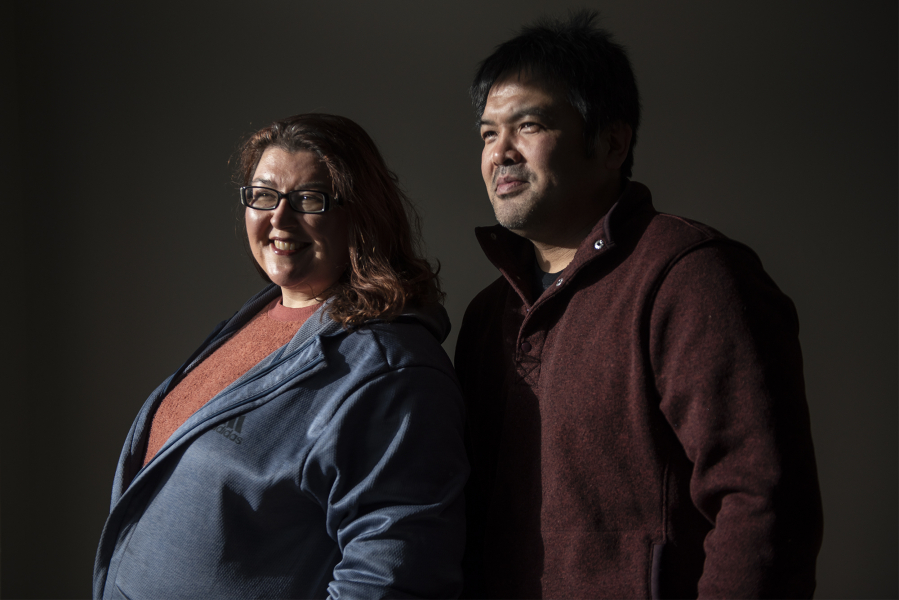 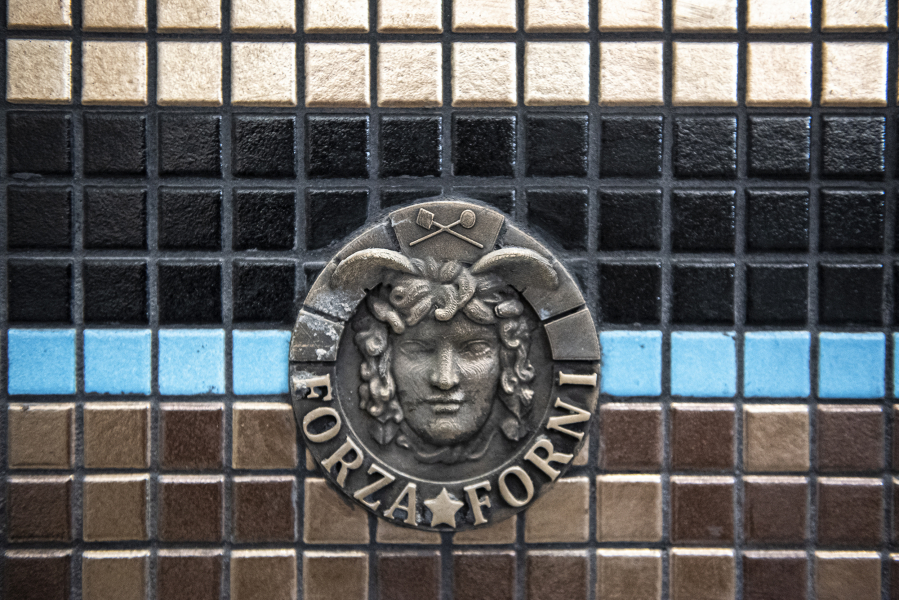 The 905-degree wood-fired pizza oven cooked them fast, and Matsumoto used an obsessive amount of authenticity in his recipe — enough to earn him sixth place in the 2016 International Pizza Expo in Las Vegas. That year, Buzzfeed used Yelp reviews to rank it the best pizza in Washington.

But now, Matsumoto has outgrown his food cart, and he sold it. It’s because he found a spot for his company’s first brick-and-mortar location at 3000 S.E. 164th Ave., Suite 107, Vancouver. The restaurant, which is under renovation, will have its grand opening March 14.

“So many people are waiting for us to open up,” Matsumoto said.

Matsumoto rubbed his thumb over the cooking surface of his new 6,000-pound, wood-fired pizza oven imported from Naples, Italy.

“This is from Vesuvius mountain,” he said. “It holds heat very well.”

The domed, golden-tile oven is the newest addition to Pizzeria La Sorrentina, which is still undergoing tenant improvements. Buckets of paint, scaffolding and cardboard boxes scatter the room. But when it’s done, Matsumoto said, it will be the most authentic piece of Naples that Vancouver will find. He’ll serve pasta with recipes sourced only from Southern Italy: No Alfredo or cream sauce. No polenta. And the pasta is always al dente.

“Pasta is a really big deal for me,” he said, standing in the kitchen near a steel dough mixer and pasta machine — both imported from Naples. “There’s not much authentic pasta in Vancouver. What I’m doing is very different.”

The restaurant will also serve gelato from Portland-based Pinolo Gelato and Caffe Vita coffee from a lever-style espresso machine.

In an effort to uphold the southern Italian authenticity, Matsumoto is flying in his mentor to Vancouver from Mami Camilla Italian cooking school in Naples on Feb. 19 to train the staff.

Matsumoto is seeking applicants for the restaurant and will begin interviews this week. He’s hoping to find two pizzaiolos to learn authentic Neapolitan-style pizzas.

Matsumoto was born in Japan and grew up learning Italian cooking from his father, who owned and operated one of the first southern Italian restaurants in Japan.

His wife, Amy Matsumoto, who teaches Spanish and Spanish language arts at Wy’east Middle School, met Daisuke in Japan during a teacher exchange program. The two moved to the U.S. in 2004, and later settled in Vancouver while Daisuke worked in various kitchens, including Beaches and Heathman Lodge.

In 2015, the couple launched a Kickstarter campaign for the La Sorrentina food truck, and they raised over $12,000. In December 2015, they opened the food truck at 1015 N.E. 78th St., Vancouver. It was always a goal to open a brick-and-mortar restaurant for Pizzeria La Sorrentina, Matsumoto said.

Eventually, the couple outgrew the food cart, Amy Matsumoto said. They spent a year looking for a permanent spot near a street with foot traffic and an intersection with easy highway access. But nothing in Hazel Dell or Salmon Creek fit his needs.

Last year, they found the spot on 164th, and they sold the food cart to the owner of The Thirsty Sasquatch.