Pizza in Italy vs America 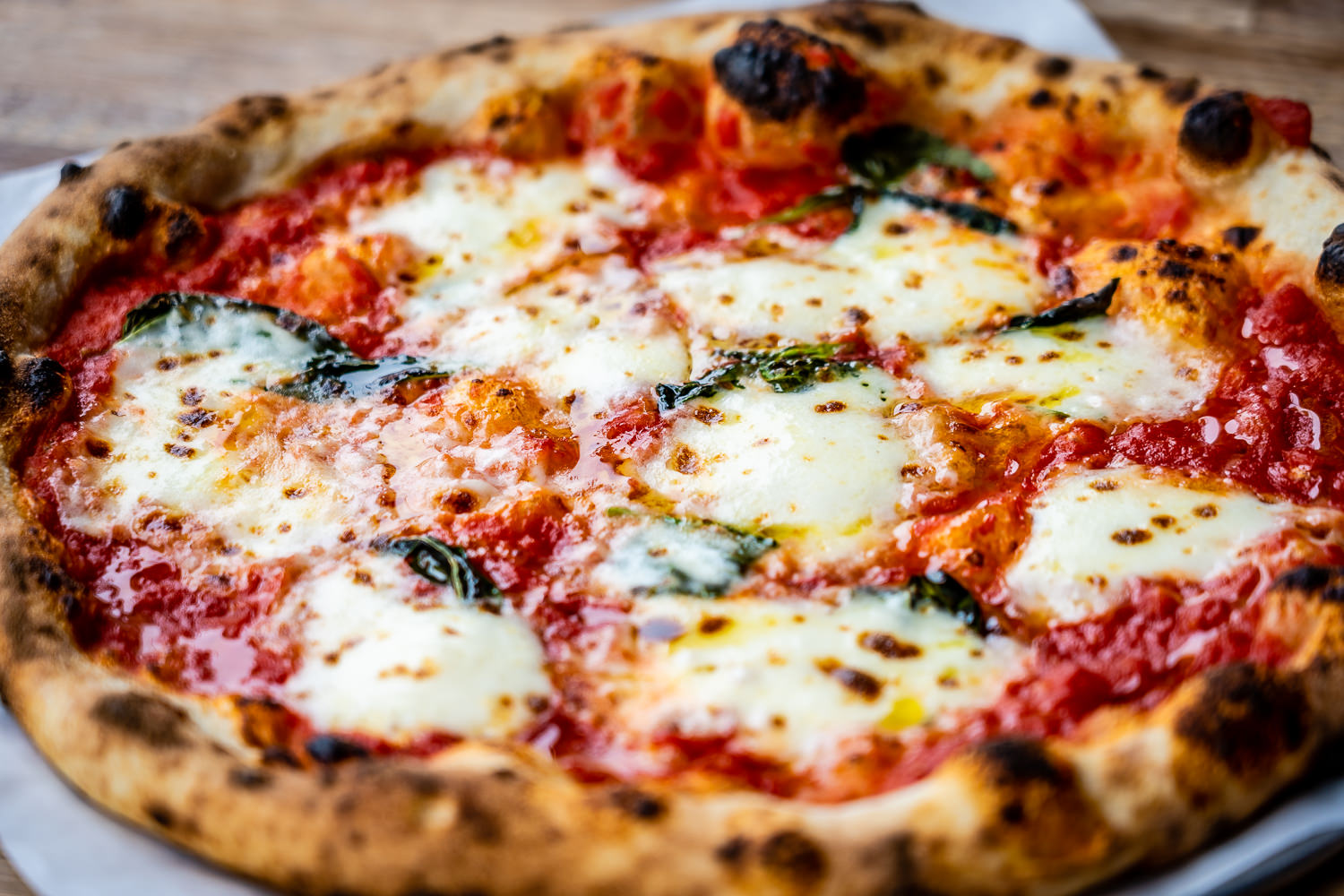 While pizza in Italy and pizza in America both have dough, sauce, and cheese there is a world of difference between them. Does one win over the other? The answer is personal, yet to me clear.

Pizza is a bit like wine. There’s Old World (Italian) and New World (American). In the new world answering questions like “what is American pizza” is hard because it’s almost always personal. In America we pick and choose from a list of ingredients to customize our pizzas. You want ham and pineapple? Have at it. Goat cheese and mushrooms, why not! Pepperoni, sausage, and pickled onions, YES! In America pizza is creative, personal, and expressive.

As a dual American Italian citizen, I’m quick to defend both countries. I love that having pizza in America is relaxed, casual, and fun. Yet having endless topping combinations is not what makes the best pizza in the world. America I’m sorry but on this one, Italy wins. Italy’s tradition of quality food at an affordable price reigns supreme when it comes to pizza.

Now, if you haven’t had a good pizza in Italy, you might need a little convincing. After-all if we’re talking dough, sauce, and cheese in both cases how different can pizza in Italy and pizza in America be? Let’s get into it, shall we? What makes pizza in Italy the best in the world?

11 Ways Pizza is Different in Italy vs America

First, there is the experience of eating pizza itself. Eating pizza in Italy is very different than eating pizza in American. Especially for Americans who primarily eat pizza at home, fresh out of a black, blue, or red delivery bag. There are 11 things Americans coming to Italy for the first time should know before eating pizza Napoletana.

Which brings us to the next major difference between pizza in Italy vs America, how it’s made.

Why Italy Has the Best Pizza in the World

The rules around what makes a pizza an authentic Napoletana pizza are so strict in Italy, they have been codified, certified, and protected by L’Associazione Verace Pizza Napoletana (AVPN). The AVPN formed in 1984 to “defend against the impure and improper use of the phrase ‘true Neapolitan pizza.’”

36 years later they are still defending the ancient Neapolitan pizza tradition with regulatory and disciplinary action. Think of them as the pizza police. To be certified and thus allowed to use the phrase “true Neapolitan pizza” the recipe and technique described here must be followed exactly.

For the AVPN there is to be no New World creativity and definitely no pineapple. The shape and diameter must be exact. The crust can only be made with 00 or 0 flour and it must raise 1-2cm. It must be soft and fragrant or no matter how good it is, it cannot be called a pizza Napoletana.

Why is Pizza Napoletana So Good?

Like a trinity the tomato, cheese, and dough of pizza Napoletana are sacred. The tomatoes should be either be San Marzano or Pomodorino Del Piennolo del Vesuvio. Both are sought after worldwide because they have thicker flesh and fewer seeds. Which means a sweeter flavor and a less acidic bite.

Then there’s the cheese. Oh the cheese! This is where American pizza chains get is so very wrong. A pizza Napoletana can only be made with fresh mozzarella. Specifically, the cheese must be certified Mozzarella di Bufala Campana.

Last but most certainly not least, is the dough. In America, it’s perfectly acceptable to toss pizza crust aside. It’s acceptable because frankly, to often American pizza crust isn’t very good by itself. It needs to be hidden under toppings and a mound of cheese.

I’m not calling out one major American pizza chain “cough smominos” but when pizza crust is consistently left in the box because it “tastes like cardboard” there’s something wrong.

While in contrast the dough at Diecicento Enoteca Ristorante Pizzeria (our favorite in Torino, Italy) is so addictive, they bring a plate bite-sized pieces to tide you over before your pizza is done. It’s THAT good. I’m hungry. Anyone else hungry?

Now all of this is not to say that you cannot find good pizza, even amazing pizza in America. Our friend Chef Daisuke Matsumoto aka Dice-K owns La Sorrentina in Vancouver, Washington.

Chef Daisuke placed #6 in the world at the Las Vegas International Pizza Expo Pizzaiolo competition. Daisuke is a Pizzaiolo in the truest sense because he knows at the heart of it, what makes pizza art is having respect for quality ingredients. A good chef knows the trick to making amazing food is starting with the best possible ingredients and not messing them up. Daisuke, however, does it one better. He takes the best Italian ingredients and makes them sing like a Barbara Frittoli aria.

So could I be wrong, could America have pizza just as good as Italy? When it comes to Daisuke yes. Daisuke makes it on my ten best pizza in the world list. Thing is, Daisuke trained in Italy. So that brings us back to my personal truth.

Yes, on the Whole Pizza is Better in Italy than America.

While endless topping combinations and crispy vs soft crust is completely subjective, consistency is purely objective. Pizza in Italy is better than pizza in America because it’s consistently good. Italians take their pizza seriously. Maybe a little too seriously sometimes. One could definitely argue the pizza police are stifling creativity in young Pizzaioli, but still.

The respect for ingredients and technique make pizza an art in Italy, and at 8€ there’s no guilt associated with treating yourself once a week. So while you can find swoon-worthy pizza like La Sorrentina in America, it’s the exception to the rule.

A note of support for my friend Daisuke.

As you can tell, I love Daisuke’s pizza. He has a respect for technique and ingredients rarely seen outside of Italy. Daisuke and his lovely wife Amy had just made the move from food truck to brick and mortar as we were moving to Italy. So our final pizza from Daisuke was an emotional one because we missed being there to support his grand opening.

Unfortunately, for Daisuke and for all of us, this was right at the beginning of the COVID-19 outbreak in Washington. Fortunately for everyone still in Portland, Oregon/Vancouver La Sorrentina made it through the pandemic to open. Takeout is now available.

We miss you Dice. If you ever need an ingredient shipped over from Italy, you know who to call.